To continue Mystery Month, here’s the next part of my short story featuring George and Lilah. Read Accidents Happen (Part One) here if you haven’t already. 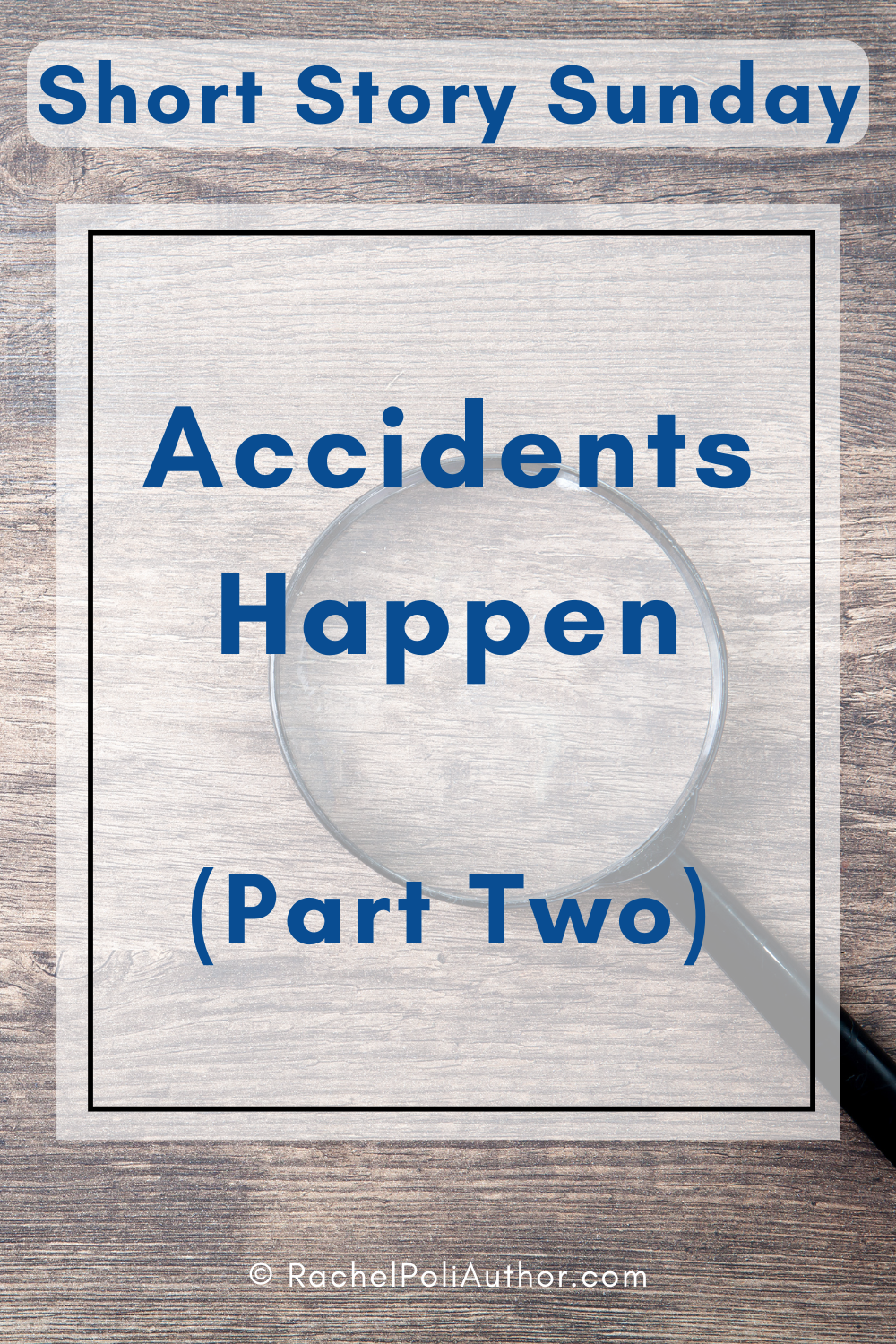 “The fighting reached the point where my sister came over to my house and wanted to spend the night. But, you know, she just wanted to get away from her husband until he cooled off,” David explained.

“Did she ever go into detail about their fights?” George asked.

David shook his head. “I never asked, to be honest. I didn’t want to pry. But now I see that I should have. I should have stepped in more and pressed my luck. Maybe my sister would still be alive.”

“So, what makes you think your sister’s husband poisoned her, then?” Lilah asked.

“Because they were fighting.”

“But you don’t know what the fights were about, and you also don’t know how bad the arguments got. So, what makes you think your brother-in-law is capable of killing?” Lilah inquired further.

David shrugged. “Isn’t my sister wanting to get out of the house and away from him for a night enough?”

“All couples have quarrels,” George said. “It’s not uncommon for a husband or a wife to spend a night on the couch or to go to their siblings or parents’ house for a night. I firmly believe in never going to bed angry, but sometimes things get too heated.”

“Exactly!” David shouted, pointing to George. “Things got too heated to the point he wanted to murder my sister.”

George sighed. “That’s not what I meant.”

David stood up. “Listen, John was a chemist.”

“Is John your brother-in-law?” Lilah questioned. She knew it was a dumb question but realized that David had never given them a name.

“John Young, yes,” David confirmed. He turned his attention back to George. “He knows how to poison people. He’s tested things on plants, and I would watch them wither and die right before my eyes. I’m sure he was able to make something that would slow Tracey’s heart down just enough for her to pass away in her sleep.”

George sighed, rubbing the top of his head. “Okay, but the thing is… that’s all conjecture. It’s your word against his. Just because he has the ability and the knowledge to create poisons doesn’t mean he does. What exactly is his job description?”

Lilah snorted, not being able to hold it back this time. She noticed David gave her an evil eye, but she didn’t care. Something wasn’t right with this guy. She couldn’t put her finger on it, but her gut told her to steer clear of this man.

She could tell George got the same impulse as she did. He bowed his head to David and pressed his lips into a tight smile. “Thank you for your time, David.”

David stood up from his seat. “Wait, are you going to take my case?”

“We’ll think about it. Right now, we don’t have enough evidence to think any foul play happened.”

David grunted, rolling his eyes. “Yeah, the police didn’t believe me either.”

“We’re sorry again for your loss. We’ll be in touch, okay?” George said. He nodded his head to Lilah, motioning for her to head back to the front door. She obeyed immediately. She wanted to get out of there when they rolled up to the house.

“I’ll help you,” David said, following the two of them out the front door.

“Don’t worry about that. You focus on yourself and take it easy,” George replied. Lilah was already halfway down the walkway, listening to their conversation.

“I can pay you triple your rate!”

“I told you, we’ll be in touch. We need a little more evidence first,” George responded, sounding defeated.

Lilah stopped at the car, turning around. George stood in the middle of the walkway, with his back to her.

“My sister’s house isn’t a crime scene since you guys won’t believe me. I’ll go back and talk to John myself. I’ll investigate the house and show you my sister was murdered!”

Before George could reply, David stepped back into his house and slammed the front door closed. Lilah saw George shake his head before turning back to the car. He trotted back to Lilah. Walking around the front of the vehicle to the driver’s side, he looked at Lilah and muttered, “Let’s get out of here.”

Lilah nodded, opening her car door and getting in. George turned the key and sped off before Lilah even had a chance to buckle her seatbelt. 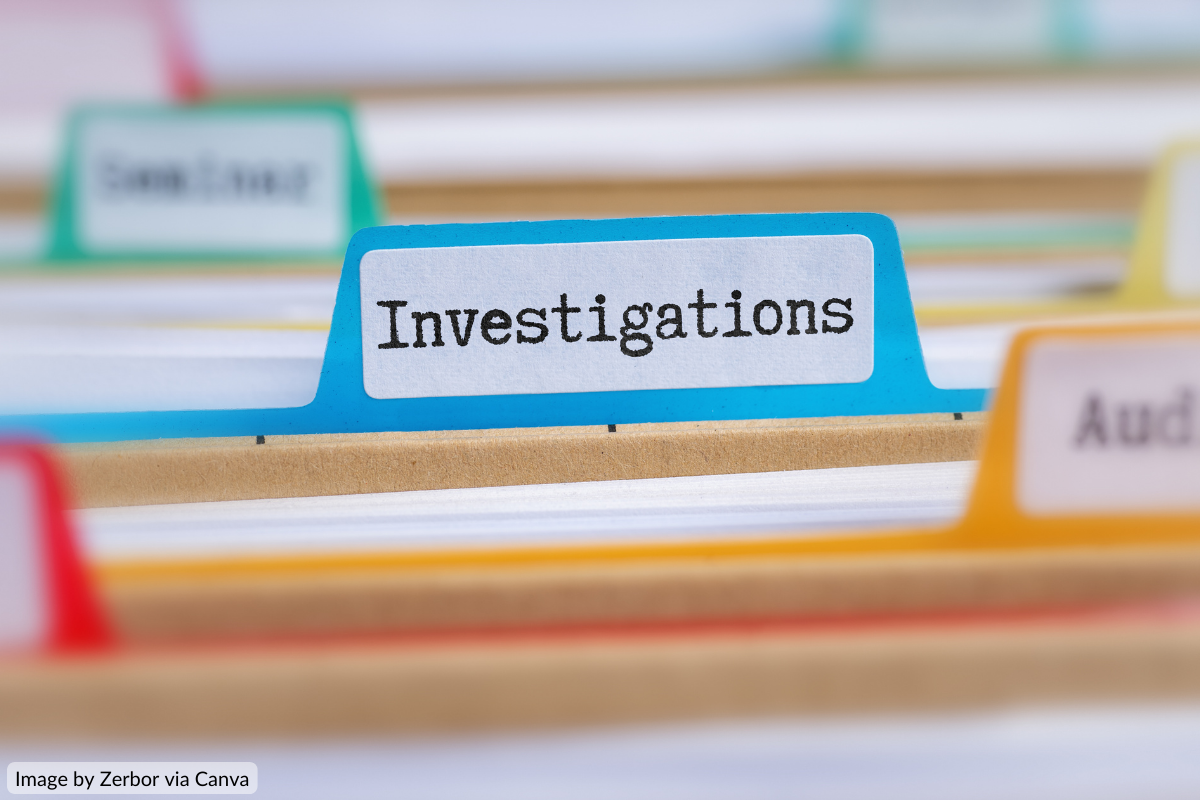 “So, where are we going now?” Lilah asked.

“I’m going back to Tracey’s house,” George replied. “I think we should chat with John and get his side of the story. But I don’t want him knowing we already spoke to David.”

Lilah nodded. “So… does that mean we’re taking this case?”

George sighed. “Honestly, I feel like there isn’t a case here. But something isn’t right.”

“You saw his house.”

“So, he needs a cleaning service.”

Lilah stared at George in disbelief. “Why are you defending him?”

George shrugged, not taking either hand off the steering wheel or his eyes off the road. “Just because he keeps a messy house doesn’t mean he’s a killer.”

Lilah furrowed her brows, speaking slowly. “I never said he was a killer.”

“Huh?” George peeled his eyes off the road to glance at her before turning his attention back to looking out the windshield.

“Well,” she said, clearing her throat. “You have to admit he seems a little suspicious?”

“Oh, totally,” George agreed right away. “But, similar to his accusations of his brother-in-law, our suspicions of David are our words against his. Just because someone acts suspicious doesn’t mean that they are. They could be awkward.”

Lilah knew he was right. And yet, she still had a feeling that, if Tracey’s death was anything more than an accident, she was sure David had something to do with it. He was framing the husband for some reason. The question was, why would David want to kill his sister?

“What are you thinking?” George asked.

Lilah sighed. “Trying to figure out why David would want to kill his sister.”

George snorted. “What did I just say?”

Lilah shrugged her shoulders. “Listen, we need to investigate regardless, right? We can’t take the case if we suspect David is guilty. Otherwise, we need to think of ways he could have done it, motives, everything. Then, prove he didn’t do it so we can take him on as a client.”

“What if no one killed Tracey? What if she died in her sleep, and it was just her time to go?”

Lilah opened her mouth to reply, but no words came out. She had completely forgotten that was a possibility.

“Then are we wasting our time?” Lilah finally asked after a moment of silence. “If she died of natural causes, then there’s no case for us. If David is the one we suspect, then we still have no case because we can’t take him on as a client.”

Now it was George’s turn to pause and think. He pulled over to the side of the road, and Lilah looked out the window. They were in front of another house. It was much nicer than David’s home. From the photos in the file George had shown her earlier, Lilah knew they had arrived at their destination.

“We’ll never be wasting our time,” George finally answered. “Whatever we find out right now will determine a lot. Either we get a client, or we don’t. Regardless, we’ll be one step closer to the truth.”

“For the police,” Lilah added. “We won’t get paid and haven’t had a case in so long. Investigating this house right now might cause us another job. Someone could be calling the office right now and….”

“And they’ll have to wait if that’s the case. We’re here now; we might as well try. Besides, we’ll have to tell David something,” George replied, unbuckling his seatbelt and turning off the car.

Lilah snorted, taking her seatbelt off. “You mean you’ll have to tell David something. I am never seeing that man ever again. He was nasty.”

George smirked. “Remember the security guard at your old apartment?”

Lilah couldn’t help but smile. “Yeah… he was at least nice, though.”

“David might be nice too. We don’t know that.”

The two of them stepped out of the car, closing their doors in unison. The house was deserted, or so it seemed. The neighborhood was quiet too. Lilah would have loved to see which nosy neighbors sat on their front stoops earlier that day, watching as the first responders rolled up to the house with their lights flashing. It was hard to imagine a dead body being carried out of the house earlier that morning.

“Could you imagine sleeping in the same bed as someone only to wake up the following morning and realize you slept beside a dead body most of the night?” Lilah asked.

George blinked at her, almost in disbelief that she even asked such a question. He shook his head slightly and headed toward the house. Lilah shoved her hands in her pockets. It was a valid question. She would freak out if she woke up beside a dead body. How weird must that be?

She followed George up to the front steps of the house. They had a lovely farmer’s porch with a swing off to the side. What a different life Tracey had compared to her younger brother. Lilah was surprised that David was even able to afford a house.

George rang the doorbell and took a step back to wait. Lilah looked up at him.

“What do you think John will say when we tell him why we’re here?”

“As far as he’s concerned, we’re here to ask him about his wife’s death. We’re not going to mention his brother-in-law,” George replied.

“I’m sure John is grieving the loss of his wife, so let’s not make things worse by telling him his brother-in-law thinks he’s a murderer.”

Lilah nodded. That was good enough for her. It was strange to be following up on a case they hadn’t even taken on yet but Lilah wasn’t there initially. She didn’t see the dead body at all (not that she was necessarily complaining about that), and she didn’t get to see the police and coroner comb over the place. Of course, they didn’t suspect foul play, but it would have been interesting to see them come to that conclusion.

“Did you talk to John this morning when you were here?” Lilah asked.

George reached over and rang the doorbell again. “No, I didn’t. I wasn’t allowed in.”

“Then why were you here?”

“David called me. He was here when it happened.”

“Wait, David was at this location when John noticed his wife was dead?” Lilah asked in disbelief.

Before George could answer, the front door opened, revealing a young man.

14 Tropes In Mystery Novels To Love (Or Hate)