Welcome to the Advent Calendar Story Train, where you can read through 24 stories under the theme The Gift. Thank you for reading today’s story, which was the end of the Train.  I hope you enjoyed the journey.  If you missed yesterday’s story, you can go and read it here.  If you missed any of the other stories, please check out all the links here. 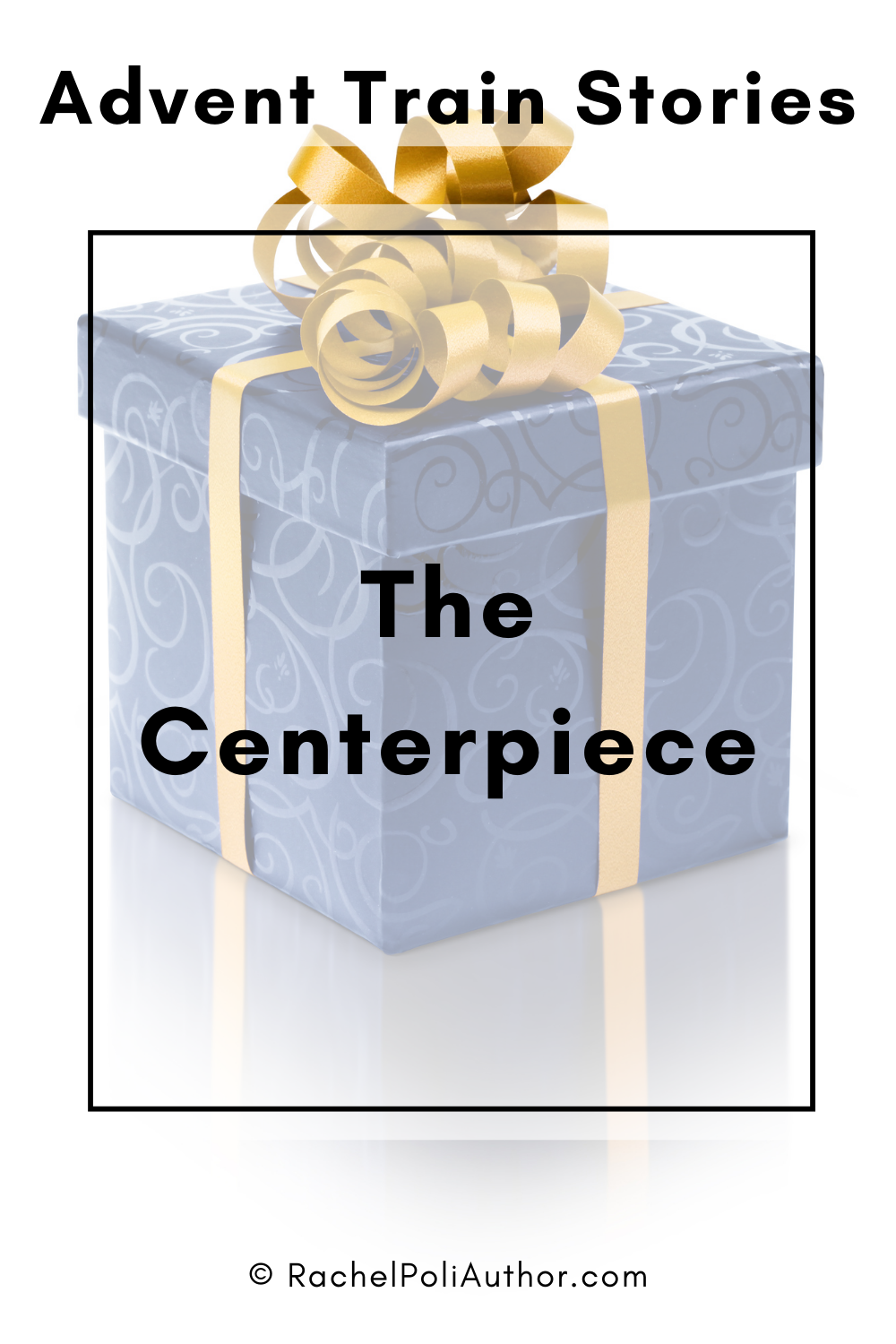 The gift sat on the kitchen table for at least a week. The medium-sized box was wrapped in blue paper with a bright red ribbon trailing around all sides. It was pretty to look at and certainly made for a great centerpiece at dinner for the winter. It was festive in more ways than one.

In fact, when Molly had a few friends over for lunch the other day, they all complimented it. It was a cute decor piece that was simple enough. Wrapping an empty cardboard box was a great way to recycle, and DIYing your decorations saved money. But, of course, it was the holidays, and everyone was looking to save a little money, right?

Molly accepted the compliments with a smile. She was glad no one tried to pick up the gift. Then they would have felt how heavy it was and realized it was not empty.

It was a light lunch they all had together. Even though they had been Molly’s friends since college, she couldn’t stand to have company over the house any longer than she needed to. So her friends were there to help get things back to normal, especially with the holidays two weeks away.

But the problem was that “normal” didn’t exist. Not anymore.

When her husband passed away unexpectedly two months ago, nothing was ever going to be the same. Molly couldn’t go back to normal because her normal included the presence of her husband.

Friends and family brought over food. Molly’s mother spent a few nights at the house and helped clean. A few friends offered to help Molly through her husband’s things. She politely declined, of course. At the time, he was only six feet under for three days. While Molly knew they meant well, she didn’t understand the rush.

Death was interesting. It could strike in the blink of an eye. It could target anyone, anywhere, no matter the time of day. No matter what was going on in their life at the time. No matter their age. There was no rhyme or reason behind who Death chose to bring over to the other side. There was never a warning.

Sometimes Death was generous, and people had the time to say goodbye to their loved ones. Then, if they saw it coming, if someone was sick, they could mentally and physically prepare themselves for the inevitable.

But when you lose someone unexpectedly? A car accident, a natural disaster, a sudden illness no one saw coming… that was the meanest Death could be. Molly had no idea how it chose who to take unexpectedly and who to give a warning. She couldn’t figure out if her husband had done something so wrong in his life that he didn’t get the privilege of getting a warning. He didn’t get the privilege to live past the age of 38.

Molly didn’t get why she also needed to be punished. Didn’t she deserve some sort of warning? How could her friends and family expect her to move on so quickly? Maybe they didn’t, and this was their weird way of tip-toeing around her, of trying to make Molly feel better. But she needed to grieve. She needed to process what had happened. She needed to come to terms with the fact that she would never see her husband again, hear his voice, or feel his warm hugs. She needed time.

So, when Molly found that gift under their shared bed a week after his passing, the same week as Molly’s birthday, she was shocked. He had gone out, bought, and wrapped a birthday present for her, not knowing he wouldn’t be here to see her open it.

Molly knew the gift couldn’t stay on the kitchen table forever. She was afraid to open it, to see what was inside. Her husband knew her inside and out; no matter the box’s contents, she knew she’d cry again. It had been almost 48 hours since she cried over her husband’s death.

But maybe it was time. Perhaps this gift was the closure she needed.

Without cleaning up from lunch, the dirty plates still seated on the table, Molly reached out and picked up the box. It felt heavier than before, but she felt lighter and more confident for some reason. She brought the gift into the living room, awkwardly putting on her winter coat while holding onto the box. Then she grabbed her car keys.

Molly decided to bring the gift to the cemetery. There, she and her husband could open it together.