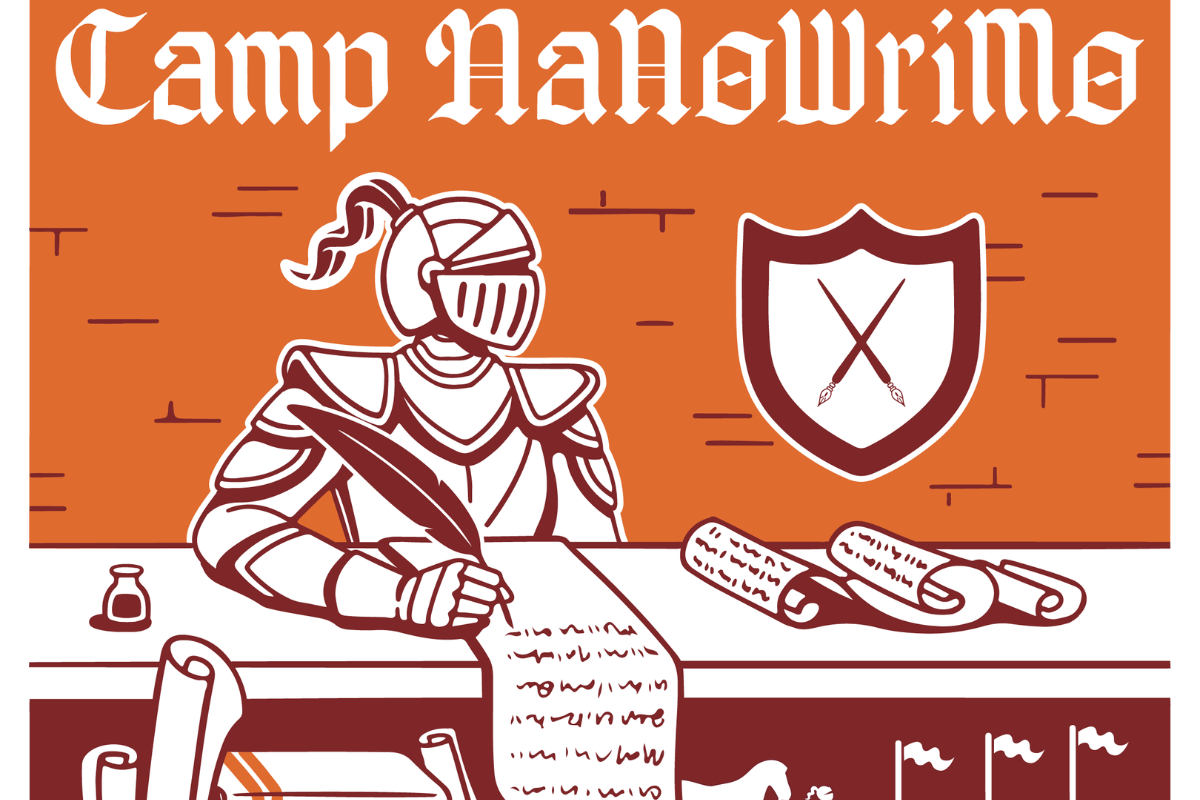 Camp NaNoWriMo Is This Month

Here we are, already a week into Camp NaNoWriMo. This event always seems to sneak up on me, and when the month starts, it flies by.

For those who don’t know, Camp NaNoWriMo is similar to NaNoWriMo, which takes place in November. However, Camp is more lenient on the rules, and it occurs twice a year, in April and July. You don’t have to write 50,000 words of a brand new novel. Instead, you can add words to an existing novel or edit your current project.

For the past few NaNo sessions, I’ve gone back and forth between working on short stories and my cozy mystery novel, George Florence and the Perfect Alibi.

I’ve been working on this novel since 2011, and it’s grown in many ways. All good growth, mind you, and I feel like I’m finally coming to the home stretch if only I can stick to it.

I Keep Getting Into Writing Funks

I’m sure we’ve all had the problem of getting stuck with our writing, or it just doesn’t seem that fun anymore. It’s not that I’m not enjoying my writing project, but I want it to be done already. But, for some reason, the motivation hasn’t been there.

Of course, this happens once in a while, but it’s never happened for this long before. Honestly, the only time I’ve written anything for the past three years was for NaNo.

So, only three months out of the year for three years straight. I guess that’s better than not writing at all, but I never did anything with my work after a NaNo session.

For example, I’ve written short stories or flash fiction for the website, and do you see any stories on here? No? Neither do I.

(It’s for the best, trust me. Some of the stories I came up with are pretty bad.)

Otherwise, I’ve worked on my mystery book. I keep writing and writing, but that’s not what it needs right now. It needs revising. For some reason, I can’t be bothered to start that process.

Camp NaNo To The Rescue

At least, I couldn’t be bothered before. But now that I’m participating in another NaNo month, things have been moving nicely. I made a plan before Camp started, and I’ve been sticking to it.

Now I need to make sure I stick with it when the month is over. That’s going to be the most challenging part, but I think I have enough things in place to keep me accountable and get myself motivated again.

Update On George Florence And The Perfect Alibi

During a Camp session in 2021, I wrote 50,000 words of the novel. I had gone through some bland edits and rewrote what I could. Unfortunately, by the time the month was over and I had reached 50,000 words, the novel wasn’t finished. I had planned to continue writing past the challenge, but that never happened.

So, in November 2021, during NaNoWriMo, I had to go along with the 50,000 words since it wasn’t a Camp session. I didn’t bother starting something new, though; I continued with what I already had.

I remember telling my sister that there was no way I was going to write another 50,000 words onto the manuscript. As far as I was concerned, the book was almost done.

Except, I ended up writing another 70,000 words that month… it was the most productive month (and NaNo session) I’ve ever had.

On the other hand, most of those words were nonsense. I got stuck in the middle somewhere and didn’t know what George and Lilah needed to do next.

But it was NaNo. I couldn’t stop writing.

So, there are about five chapters of George and Lilah sifting through a clue they found. I knew it was a clue, but I wasn’t sure what they were supposed to get out of it. Finally, after a few boring chapters, something clicked, and I finally pieced everything together, thus allowing me to continue the story.

I Have My Revising Work Cut Out For Me

In the end, my mystery novel is 542 pages. Yeah. It should be about half of that.

I think that’s partly why I haven’t been motivated to work on the revisions. 542 pages is a lot to sift through, and it’s overwhelming.

Not to mention, my printer at home decided not to work for a little while. I wanted to go through the process on paper rather than digitally, but my printer didn’t want to work. And no, I didn’t print out the 542 pages at once. I only did 50 to 100 pages at a time and not on the same day. (That’s a lot of ink and a lot of trees.)

The printer eventually worked, though. Unfortunately, I didn’t do anything to fix it – it was simply being fickle. So, I took the opportunity to print out the entire manuscript within a few days just in case it decided not to work again.

My original plan was to begin revisions in June. But, of course, when I saw the stack of paper printed out and noticed how chunky the manuscript was, I was utterly turned off by it.

So, it sat on my desk, collecting dust. (Seriously, I can’t even put it in a folder. It’s so big. I need to put it in a binder, but my three-hole punch has gone MIA.)

Thanks to Camp, I’ve been going through the revisions slowly. As I work through the manuscript, I get more excited for it to be finally finished.

Of course, that won’t be for a while, but at least my mojo is coming back. The book is still pretty intimidating, but I’ve been with George and Lilah long enough that I think I can handle it. 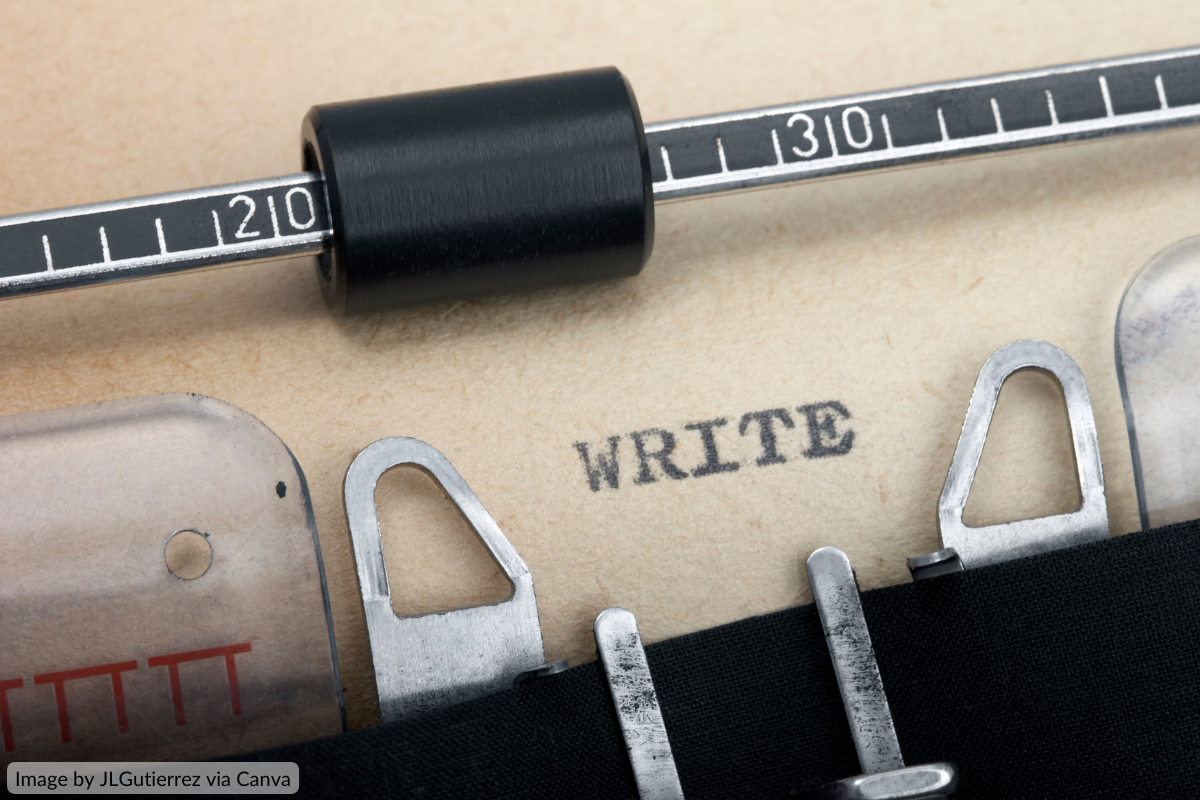 Before July started, I sat down and listed everything I needed to do for this book. The list included what I needed to do to complete the manuscript, publishing prep, marketing prep, and so on.

What motivated me to do this was that I knew Camp NaNo was coming up, and I wanted to work on this book. I wanted to have a plan on what to do this month, and beyond so I stick with the book.

(Also, Ari and I were planning ideas for The Merry Writer Podcast and some of our episode topics got me thinking about my work and what I need to do for this book.)

So, that’s what I did. I sat down, figured out a budget for the book, and wrote a timeline for completing the manuscript, prepping it for publication, marketing, and so on.

Honestly, since I’ve been working on this book for so long, it’d be nice to publish it as soon as possible. But there’s still so much work to be done.

I’ve already researched book cover designers and book editors. As long as schedules align and I stick to the plan, the book is slated to release in September 2023.

Yes, I’m saying the potential release date so that you guys can (nicely) yell at me in the comments if I start slacking.

I’ll update my progress here at least once a month.

I haven’t been this excited about writing in a long time. So, I’m looking forward to completing my novel and starting the publishing process for George and Lilah. They’ve been cooped up in the house for far too long. 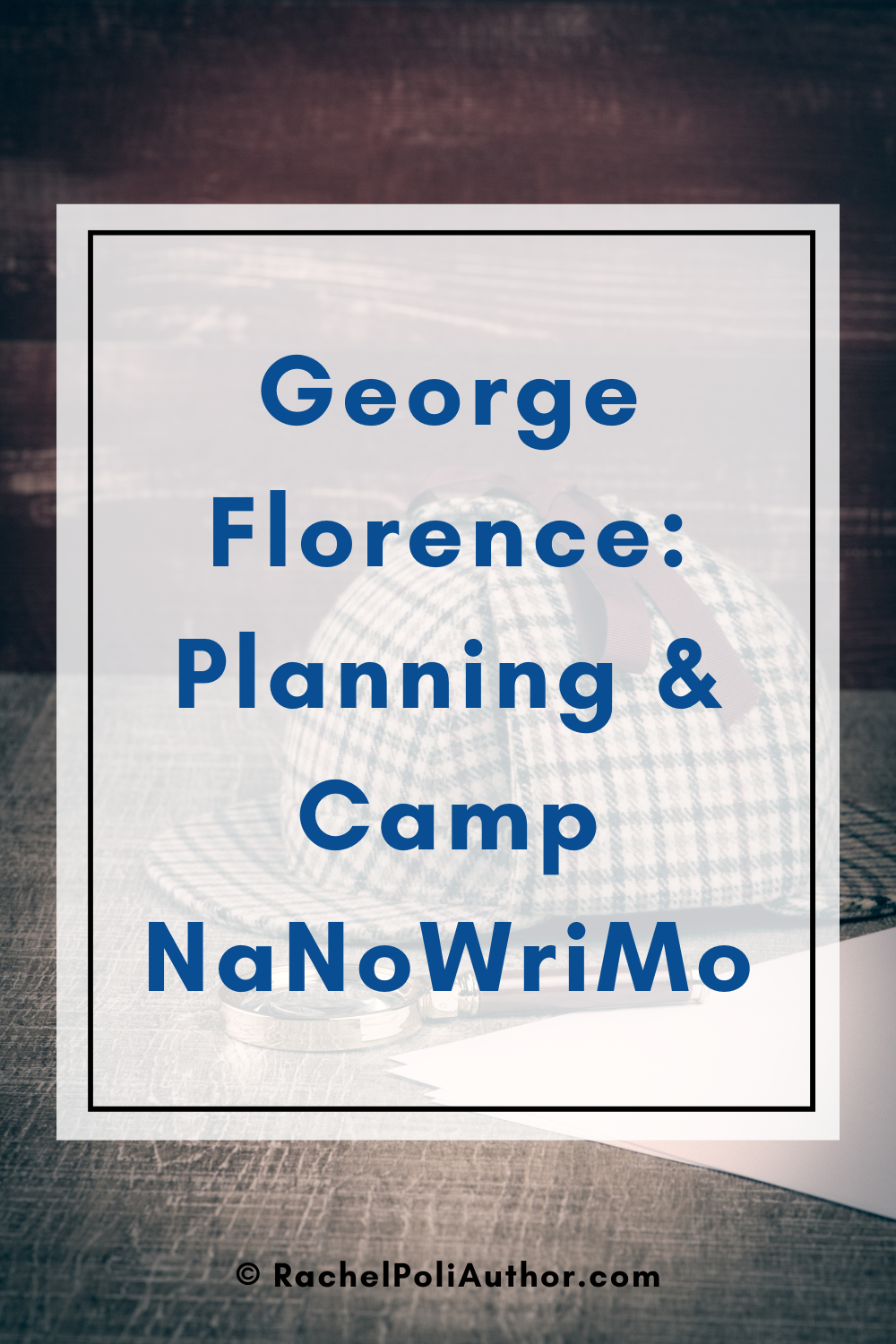 How I Track My Writing Projects Using The Trello App

The Simplistic Way I Organize My Mystery Series Now