Fourteen-year-old Peter Green can’t remember how he died.
All he has are his pajamas, a silk tie, and a one-way bus ticket to Mrs. Battisworth’s Academy and Haven for Unliving Boys and Girls, a strange and spooky school for dead orphans like himself. But that’s all he needs: the Unliving Academy has everything, from vampires in the hallways, to monsters in the cafeteria, to ghosts in the basement.

And that’s just the teachers; the students are far stranger.

As Pete learns to fit in with his new supernatural schoolmates, he starts to discover his own uniquely undead abilities, and even begins enjoying his life after death…but he just can’t shake the feeling that he’s forgotten something (or somebody!) important.

The author’s publicist approached me through her publisher about reading and reviewing this book. The blurb sounded intriguing, so I decided to give it a try.

First, I like the colors of the book cover. It’s a cartoon-like design, though the building in the background looks more “real” and ominous.

But now, let’s talk about the plot. Peter Green is dead. How he died and why is a mystery to him. However, he’s young and cannot have his memories until he graduates from Mrs. Battisworth’s academy. Peter adjusts quite well, but he can’t shake the feeling that he forgot something important from his life when he was alive.

Unfortunately, the plot wasn’t as interesting as it sounds. Some parts of the story seemed to drag on for no reason, while some parts were too quick. I honestly didn’t get into the story until the end. There was a lot of build-up for the last handful of chapters.

It was an interesting concept, though. The world was well done, and I enjoy the idea of living after you die. Peter couldn’t get his memories until after he graduated, which is explained with good reasoning. However, at the same time, I felt like that was just put into place to make the plot more intense or suspenseful, but it didn’t work for me.

I enjoyed all the characters in this book. Peter had a great group of friends, and they were diverse with unique personalities and tones. It was easy to tell them all apart, and I enjoyed going on the adventure with them.

However, Peter is 14 though he acts much younger in the story. I forgot he was 14, mentioned in the summary, and went through the whole story thinking he was about ten. It wasn’t until I started writing this review that I realized my mistake.

This is a quick read. It’s not too long, though some parts tend to drag on. The ending was well done, and that was when I started to get into the book. Before I knew it, it was over.

The world-building was great, and the characters, even though Peter was portrayed much younger than he is, were done well too. But, on the other hand, it was tough to read at times because there were a lot of typos and grammatical errors. Normally, I don’t mention that in my reviews, but there was more than just a handful which made it hard to read at times.

Overall, Peter Green And The Unliving Academy isn’t a bad read. However, it’s worth it to give it a try if you enjoy fantastical worlds with some paranormal sprinkled in. 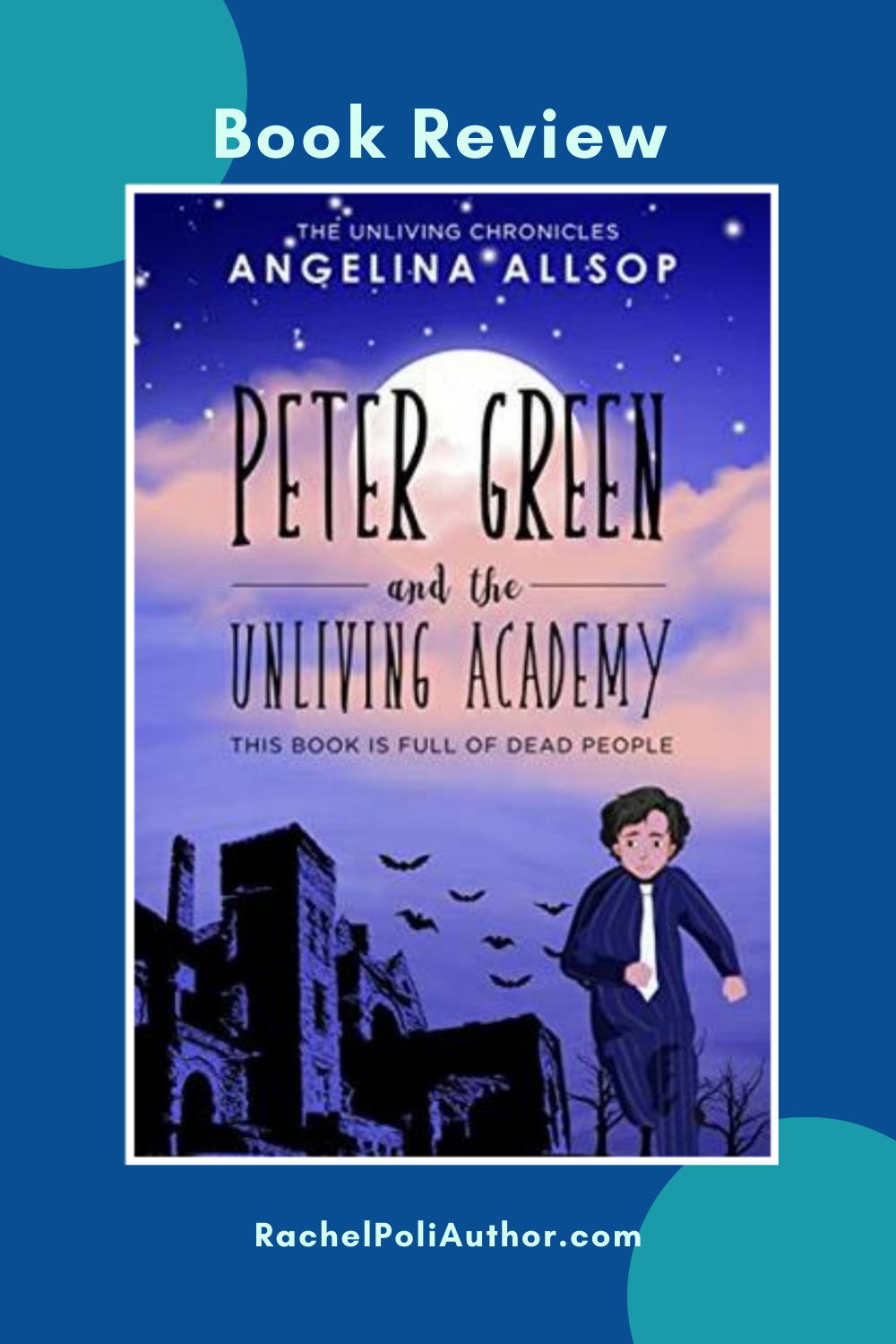 The One by Kiera Cass